Social Media & Business – The Wisdom of the Profits 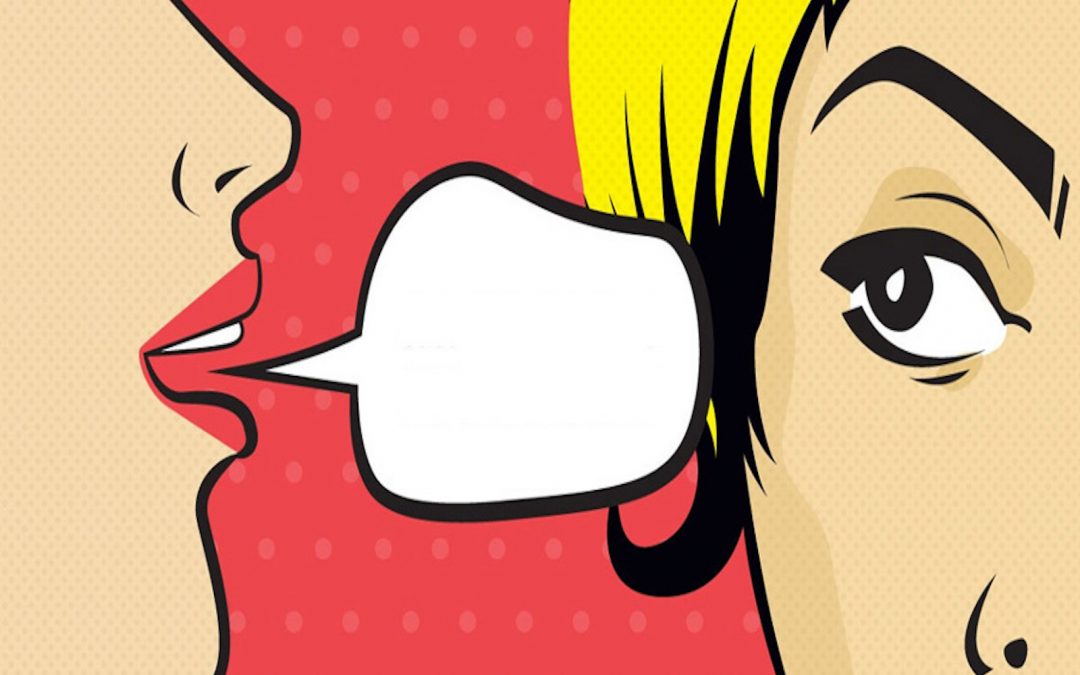 Social media use is growing daily throughout the world, however, it still amazes me to hear the pre-conceptions that people have regarding social media.

and other, frankly, quite negative impressions, gleaned, largely from a lack of knowledge of what social media really is. The giveaway is when the same people then start to explain what they think it is … well, early days yet, I suppose.

So what exactly is Twitter, and why use it?

Twitter, in its simplest form, is a 140 character long message.  Tweets may contain weblinks, documents, and photographs within these 140 characters, in addition to the use of a hashtag description (for example #TwitterUse) to group tweets about a similar subject together with other mutually interested (interesting?) tweeters.  The hashtag filter is a very simple, yet powerful way to direct readers to a particular topic of interest or indeed search for tweets on certain subjects.

So what happens in business communication?

Email is widely used in business but does tend to deluge users with too much information and often unwanted and unsolicited information.  How many people have walked into the office with a mental plan for the day’s tasks, only to be hijacked by a mailbox full of emails?

Furthermore, the growth of the smartphone market only serves to underline the flexibility of Twitter.  It is much easier to scan a Twitter stream than read emails on a smartphone.

Twitter does not replace emails, but is a separate alternative resource, but if we believe this then we are making distinctions between tools that can effectively serve a similar purpose.  Or, at least, it doesn’t replace email at the moment.  In my opinion, and I’m willing to say it, email will meet the same fate as faxes did in five years’ time – just look at people’s business cards – they may not have a Twitter address (yet) but very few have a fax number nowadays and even fewer have a telex number …

Within business, there are two main areas of focus for the implementation of Twitter; the external and internal client.

If you are not in the conversation then you will not be aware of what people are saying about your business.

In the same vein, it is also an ideal way to glean business ideas.  Are they interacting with their customers?  Tweeting offers? Telling their followers about their latest business successes or future plans?

Follow @Pizza Express or @TMLewin1898, as an example, to see how an organisation successfully uses Twitter.  They both tweet about new stores opening, competitions they are running, current offers and sometimes just personal messages responding to a particular tweet, showing the personal side of the organisation.

Think about why successful chains such as Starbucks and Dell computers pay so much attention to their own Twitter presence. One reason is just that – they are successful, but they know that their success depends on their customers and their reaction with them.

It’s a bit like the 1950’s returning in the 21st century – but then again, great customer service will never be dated and is often the ‘extra mile’ that many businesses fail to grasp – Twitter, and other forms of social media, offer this advantageous edge.

Once you have taken the plunge and started tweeting, there are many more benefits to be had.

As an example, I recently had a ‘shopping fail’ with an organisation that are using Twitter.  I tweeted about it, and they contacted me.  I did not even tweet them directly, but they had Twitter configured to watch for ‘mentions’ of their organisation.  They asked how they could help, I explained, it was dealt with promptly, and they had a very happy customer within half an hour.  And, of course, I tweeted how pleased I was with the service.

Many successful businesses have realised that the customer, although they may not be king, are what pays their salaries at the end of the day. The viral nature of social media can be a big friend to businesses that are concerned about customer service, and punish those that just don’t care.

The reality is that the customer now has a voice that they can use and they douse it – it’s becoming less a scenario of “buyer beware” to more one of “business beware” – you provide a shoddy service and people will know about it, and quickly.

The beauty of this for the consumer is that it almost always provides a more personal service than a website or call centre.  Recent experience of installing a new broadband line had me speaking to a different member of staff each time I phoned.  Having realised my mistake, I switched to Twitter for continuity.  My tweet was not being dealt with by a large call centre somewhere, it was being read and responded to, putting the organisation in a more friendly light.

It may be a little early to judge, but people may start to choose the organisation they work with, or buy from, based on whether they use social media.  Do they consider it a benefit and an alternative communication method? Are they willing to explore new avenues of communication with their customers?

I think that the answer to this is that social media is becoming an integral part of the fabric of our everyday lives – it also gives a certain reassurance, a feeling of community and belonging – ‘people like us’ almost, and we always buy from and work best with people we like, don’t we ….

Certainly, something I had not anticipated before implementing Twitter, is the ability to collaborate with people.  Start to tweet, and you start interacting with a whole community of people you are unlikely to meet otherwise.  I recently met a well regarded journalist from my field of business, who I have known of for many years, to discuss recent changes in the industry.  Prior to Twitter, I am not sure he even knew I existed, although I often read his articles.  Without Twitter, the meeting would never have come about – thank you Twitter …

Furthermore, this post is testament to Twitter collaboration.  Two people working over a thousand kilometers apart, in two different countries, who did not know each other before discussing ideas on Twitter.

Turning to the use of it internally – would it be wise to implement it for staff too?  In my opinion, certainly it would.

Email is not a collaborative medium of communication and is often abused as a form of ‘task-dodging’ or threatening – ‘do this, your boss is on copy – or else’.

Of course as with all communication, when it is used correctly, it is great, but how many times have you been on copy, of a copy, of a copy with a 7Mb file that had nothing to do with you?

How many times have you read an email in a way that it was not intended – as aggressive or ironic?

Yes, we have all been there – and this can, and does happen with Tweets – the only difference is that it is more like a conversation, using all the elements of a conversation such as turn-taking, but still bereft of the face-to-face variables such as tone, intonation and paralinguistic elements.

Email is the main tool to distribute documentation in business, but how much remains unread? The recipient reads the title of the email, opens the document, reads the first paragraph and leaves it there.  With Twitter, there are 140 characters to provide a brief description of the attachment.  If it’s not particularly relevant, the reader knows it’s there, but leaves it.  If it is relevant, they are able to open the document and read the contents.

There is an element of choice and discretion, which, we could argue, could pose a problem if Twitter were to be used in business – you don’t get a return when the tweet is read, for example.

Tweeting between departments, especially where they may be at different locations allows for exchanges of ideas and closer working ties.  Using the hashtag brings a topic discussion together in one area, and is commonly used throughout Twitter.  Again, having a 140 characters limit enables a quick fired discussion, rather like brainstorming, with any number of people being involved in the conversation.

This argument may not be a convincing one for a change from email to Twitter – as this can be accomplished by other means of communication, but does provide an alternative if other methods have not achieved the collaboration required.

Tweeting between colleagues is a great team building tool.  Suggestions, guidance, motivation and humour are all things that bring together a team, and improve the way they work individually and as a team.  With the increase in home working, and companies working across the globe, alternative communication methods to build team bonds are vital.

People will eventually be engaged by social media when searching for employment – checking out a company before sending a C.V., and it can also be used as an effective tool for induction programs for new employees.

One of the biggest challenges for the use of Twitter in business is the changes that it will inevitably trigger and the huge resistance that we humans have to change.

There will be a need to train and educate people to use Twitter – which is one of the lessons learnt from email usage – people were just not educated or trained to use it properly – hence the misuse that it naturally engenders. People working in business have never been asked if they can use email – it is a natural assumption that everybody can!

When we examine the huge stress that email causes, the amount of bad communication due to emails and the huge volumes of time wasted in businesses throughout the world – then we get a slight clue that people, whilst being able to effectively receive and send emails, haven’t a clue how to use it properly.

On a more general level, Twitter is a great source of information.  It provides travel and breaking news worldwide, anything from live news about a part of the world that may impact your business, through to information about your journey home.

The main problem when speaking to businesses about Twitter integration is that they see it as running alongside email – which is not really the way I see it.

That would be a bit like using a word processor on a computer and a typewriter for printing the finished document – that would be crazy, wouldn’t it …

Anybody old enough to remember the transition from the typing pool to the word processor? Imagine the problems that that caused …

Twitter and social media is not only a revolution in communication, it is also starting a social revolution in the way that we learn, do business, connect with people and search for information – it may be premature to state that it is here to stay, but it is definitely changing things fast – incredible to see that one can still be considered an early adopter many years after its launch – but hey, that’s progress for you.